Office workers who suffer from chronic neck pain with related headaches felt the benefits for 3 years following a course of acupuncture treatment,  a study published in the journal of pain1 has found.

Norwegian researchers from the University of Oslo recruited 24 women for the study. All women suffered from chronic neck and shoulder pain with related headaches for several years.

Half of the women were treated with acupuncture, and half received fake acupuncture to rule out the placebo effect.

12 women received ten sessions of acupuncture in a three to four week period. Following the treatment, this group had fewer headaches and greatly reduced neck and shoulder pain. Most impressively, the improvements were still noticeable three years on.

Another study, conducted by a star acupuncture researcher Hugh MacPherson, PhD of the University of York in the U.K. In 2015 it was published in Annals of Internal Medicine and widely covered in media (Time, Webmd, Reuters). This was a much larger study. It involved 517 people suffering from neck pain for an average of six years. The patients had 10 acupuncture sessions. The patients reported, that following acupuncture, 12 months after the treatment pain was reduced by more than 30%. Acupuncture was also more effective compared with drugs and traditional physical therapy, which have not been shown to have long term effect.

See what patients say Meet the team Book an appointment

Acupuncture not only alleviates pain, it also reduces muscle spasm, thereby increasing mobility. Joint damage often results from muscle malfunction, and many patients complain of arthralgia before any changes are demonstrable by X-ray. In these cases, acupuncture may bring about a permanent cure. 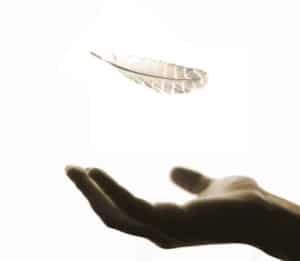 Are you suffering from neck pain? Headaches?

We offer you safe and natural pain relief. We use gentle massage and acupuncture to relax your neck muscles, to recover the full range of movement.

Would it not feel great to reduce the discomfort when driving and to have a nice sound sleep on any pillow? Reduce or completely stop those headaches and migraines!

Learn more about Migraine Headaches and Acupuncture and about Neck pain from my blog.