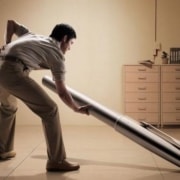 Now scientists from Germany have clearly spelled out that acupuncture is almost twice as effective as conventional treatment. And that the effect of treatment lasts for at least 6 months. This news has generated a lot of publicity from media worldwide, but not much in New Zealand.
Interestingly, none of the previous research got so much attention as this.

Hugh MacPherson and scientists at the University of York in England said the benefits of a short course of acupuncture were evident in their study of 241 back pain sufferers.

‘If you offer acupuncture to someone with back pain on average it is expected you are likely to benefit, not just in the short term but particularly in the longer-term of 12 and especially 24 months,’ he said in an interview.

‘That’s a remarkable finding in that normally you would expect the benefit of the treatment to wear off,’ MacPherson added.

The researchers compared the impact of adding 10 acupuncture sessions over three months to the normal treatment for back pain, which includes medication, physiotherapy and exercises.

Patient satisfaction and pain levels were measured and recorded during the two-year study. After three months there was not too much difference between the acupuncture group and patients who had the standard therapy.

Weak evidence of improvement in the acupuncture group was found at 12 months, according to the study published in the British Medical Journal.

By 24 months the difference between the two groups increased.

‘This is the first study to show this growing gap up to the two-year point. It is quite unique in that sense,’ MacPherson added.

In a separate study in which they looked at the cost of acupuncture, the researchers found that the additional money spent on the acupuncture treatment appeared cost-effective.

The cost of treating each patient in the acupuncture group was 460 pounds ($863) during the study, compared to 345 pounds ($647) for patients who received just the standard care.

No cure is known and available treatments are only partially effective.

According to a research team led by Dr. David Martin, an anesthesiologist at the Mayo Clinic, fibromyalgia patients who received acupuncture reported improvement in fatigue and anxiety, among other symptoms.

Acupuncture was also well tolerated with minimal side effects, the researchers said in the June issue of the Mayo Clinic Proceedings.

The study involved 50 fibromyalgia patients enrolled in a randomized, controlled trial to determine if acupuncture improved their symptoms. Twenty-five in the acupuncture group and 25 in the control group.

In the acupuncture group, total fibromyalgia symptoms were significantly improved compared with the control group during the study period.

Fatigue and anxiety were the most significantly improved symptoms during the follow-up period.

“We found that acupuncture significantly improved symptoms of fibromyalgia. Symptomatic improvement was not restricted to pain relief and was most significant for fatigue and anxiety,” the researchers concluded.