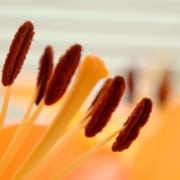 A seriously large controlled trial on acupuncture and allergic rhinitis or hay fever was performed in Germany by Charité University.

The researchers used the Rhinitis Quality of Life Questionnaire evaluate the results after three and six months following the acupuncture.

The researchers conclude that treating patients with allergic rhinitis in routine care with additional acupuncture leads to clinically relevant and persistent benefits.

The study was published in Annals of Allergy, Asthma & Immunology. 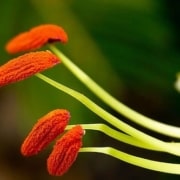 80 patients who participated in acupuncture for hay fever study had a very long history of allergies and have tried almost everything. Half of them were receiving fake acupuncture, the other half were receiving real acupuncture to rule out the placebo effect in this well-designed study by the World Health Organisation Collaborating Centre of Chinese Medicine at RMIT University.

After eight weeks of acupuncture treatment, those receiving the real acupuncture had a significant drop in symptoms, while those with the fake treatment did not. The benefits continued for another three months after the treatment ended.

About 20 per cent of New Zealanders suffer from Hayfever, and acupuncture is a safe and effective treatment for it.

Results published in the Medical Journal of Australia.

A new research published in the journal ‘Allergy’ (September 2004, vol. 59, no. 9, pp. 953-960(8)) has confirmed the effectiveness of acupuncture in treating people who suffer from hayfever.

Researchers at the University of Erlangen in Nuremberg, Germany, and the Charite University Medical Centre in Berlin conducted their research work on 52 hayfever sufferers in the age group of 20-58.

To prevent any psychological effect (placebo), the patients were assigned to two groups. One group  received real treatment by acupuncture and Chinese herbal medicine.  Another (control group) received “fake” acupuncture applied to non-acupuncture points in addition to a non-specific Chinese herbal formula.

The results of the study confirmed Acupuncture and Chinese herbal medicine to be an effective treatment of allergic rhinitis.