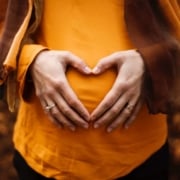 Over two-thirds of women will experience some degree of back pain during pregnancy, and nearly a fifth suffer from pelvic pain.

Researchers from Cochrane collaboration reviewed research on various therapies available to relieve back pain during pregnancy. The researchers confirmed that stabilizing exercises and acupuncture were better than usual care alone for relieving pelvic pain. Among women with both back and pelvic pain, there was evidence that acupuncture was more effective than physical therapy. 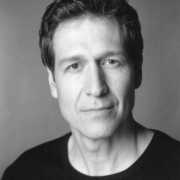 I was in Auckland for Christmas last year, on holiday from Australia, and I put my back out so badly I could hardly get off the bed. It was the worst back pain I’d ever experienced. I picked Vitalis out of the phone book and thankfully he was open between Christmas and new year. He promises that you will feel an improvement after the first treatment, and he lived up to that promise in spades. I was astounded how quickly he was able to relieve the back pain and put me on the path to recovery. With a combination of acupuncture and manipulation, after just two sessions I was feeling 70% back to normal. If I didn’t have to return to Australia, I’m sure he’d have got me back to 100% with another session.

I get regular osteopathic treatment in Melbourne but haven’t been able to find anyone of Vitalis’ standard over here. This year I returned to Auckland and prebooked to see him just to keep my back in order and for him to treat an Achilles problem I have. With acupuncture, he again worked wonders this time on my foot. I’d highly recommend Vitalis to anyone.

Hugh MacPherson and scientists at the University of York in England said the benefits of a short course of acupuncture were evident in their study of 241 back pain sufferers.

‘If you offer acupuncture to someone with back pain on average it is expected you are likely to benefit, not just in the short term but particularly in the longer-term of 12 and especially 24 months,’ he said in an interview.

‘That’s a remarkable finding in that normally you would expect the benefit of the treatment to wear off,’ MacPherson added.

The researchers compared the impact of adding 10 acupuncture sessions over three months to the normal treatment for back pain, which includes medication, physiotherapy and exercises.

Patient satisfaction and pain levels were measured and recorded during the two-year study. After three months there was not too much difference between the acupuncture group and patients who had the standard therapy.

Weak evidence of improvement in the acupuncture group was found at 12 months, according to the study published in the British Medical Journal.

By 24 months the difference between the two groups increased.

‘This is the first study to show this growing gap up to the two-year point. It is quite unique in that sense,’ MacPherson added.

In a separate study in which they looked at the cost of acupuncture, the researchers found that the additional money spent on the acupuncture treatment appeared cost-effective.

The cost of treating each patient in the acupuncture group was 460 pounds ($863) during the study, compared to 345 pounds ($647) for patients who received just the standard care.